President’s Note: This was originally published over on our sister blog, Urban Adventure League. For full details on the Coffeeneuring Challenge 2014, check out Chasing Mailboxes.

Man, what a wet weather cycle we’ve been in this October. From about the second week of October until now (and after now, too), the forecast is pretty much rain. There may be breaks in there, but overall the plan is to expect rain. Once again, my plans for getting “one last camping trip in” before…before…hell, I don’t even remember before what anymore! Anyways, I hope to maybe get a tent camping trip in sometime in November if I’m lucky, and there’s a couple yurt/cabin expeditions ahead, but bike camping season is truly over, yeah.

Anyways, Wednesday October 29 was my one day off with decent weather. I actually hoped to get a good ride in, but because I sold a bike around noon, that plan was put on hold. (Nothing wrong with selling a bike, mind you.) But I still needed to get my weekly Coffeeneuring Ride in. Since I already had two cups o’ coffee by the point in the day I left the house for the ride (2 pm-ish), I decided to make this another teaneauring ride. But to keep it interesting, I decided to use some classier loose-leaf tea, an English Breakfast from Jasmine Pearl. I’d prepare it using a French Press. (Yes, yes, English tea in a French press.) And to boil the water, I’d use an Esbit setup, but one different than I used previously, an integrated pot/stand that can boil about a pint of water.

Oh yeah, and a different bike! This time I pulled out the Raleigh Wayfarer, so yep, it’d be a three-speed teaneuring adventure!*

The destination was an easy one: Arbor Lodge Park in North Portland, about two miles from my house. I got there, and set up the operation while moosemoose supervised. Of course for a three-speed teaneuring adventure, I needed an appropriate mug, so one with an exploded Sturmey-Archer AW hub would do!

Soon enough the water was ready. I added it to the tea leaves, steeped for about five minutes, and then enjoyed the tea while I read a book. (I don’t do enough of that these days.)

Then it was done. Off to do some errands and see a slideshow about the Idaho Hot Springs mountain bike route, while taking a quick pause at Dead Madrona Tree Hill.

*Yes, please tell me that the three-speed teaneuring ride should have been the third installment of the series.

The annual middle-of winter tradition returns for its seventeenth year! Yes, I have been doing it since 2005, only skipping 2016 when I thought I was “burnt out” from it and 2021 for obvious reasons.
Journal Comic, 17 Jan 2022: Watercolors.
Starting now, you’ll find all my goods on my Big Cartel site. To celebrate, I’m offering a one-week sale on everything. Yes, everything! 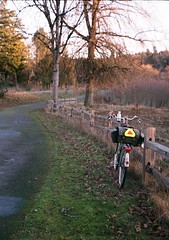 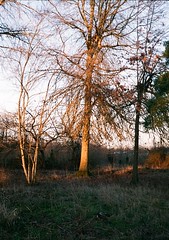 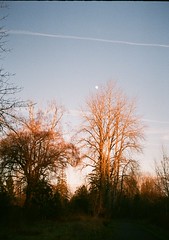