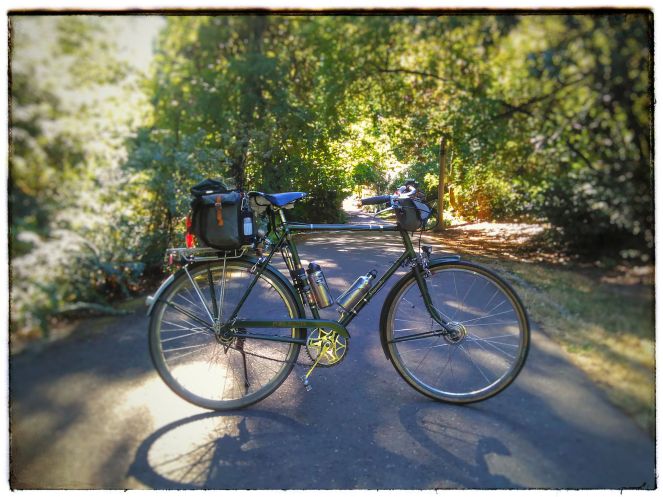 It’s just a week and a half until Society of Three Speeds will be holding our annual fall (or spring, if you are in the Southern Hemisphere) challenge! Some of you may have completed it last year (thanks!) and some of you will be totally new. Full details will be published on the blog by this Friday, September 22nd. So hold your horses–er, three speeds!

First off, the Three Speed October Challenge will happen from Sunday October 1st through Sunday November 5th, 2017. Five full weeks to complete the challenge. The basics will remain the same: Ride your three speed, three times a week, for three weeks, each trip at least three miles.

Okay! Stay tuned for full details. And get your three speeds ready!