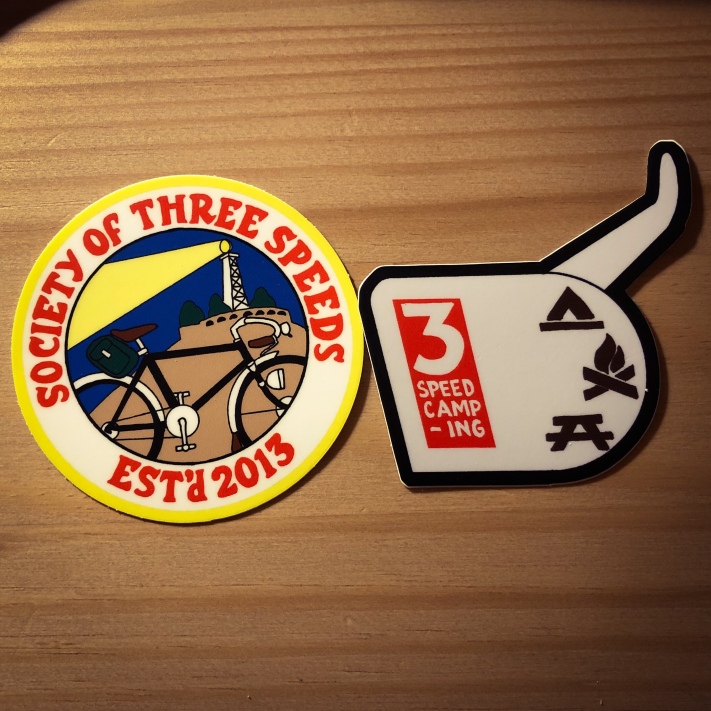 Hello, friends of Three Speeds! I just got in some new stickers for the Society.

First up is the large version of the Society of Three Speeds logo. This one has a three inch diameter (vs. the 1 1/2 inch of the regular one). Like the smaller stickers, this one is weather resistant. If you are a member, you can purchase one for $2 (plus shipping/fees), while supplies last. Not a member? It’s included in the Deluxe membership kit. 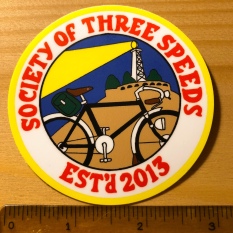 And I also made some of these nifty Three Speed Camping stickers! If you’ve been around here long enough you know I’m a big proponent of camping trips via three speeds. This three inch, weather-resistant sticker is here to celebrate that. Have you been on a three speed camping trip? If you have, you can grab one of these stickers for $2 (plus shipping/fees.) Haven’t been on a Three Speed Camping Trip yet? You can still get one, if you intend to go on one in the near future (let’s say by the end of 2020). I should be making some patches of this at some point, too! But if you buy one of these stickers, be prepared to tell me about your past and/or upcoming three speed camping trip! 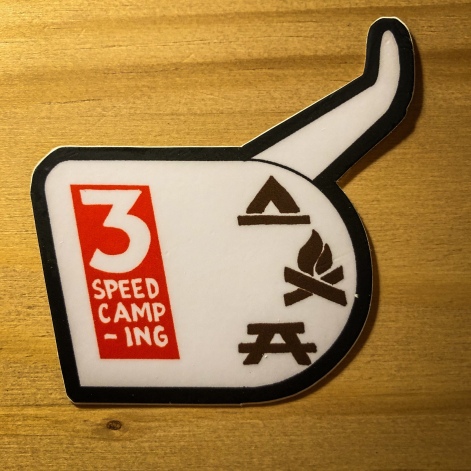 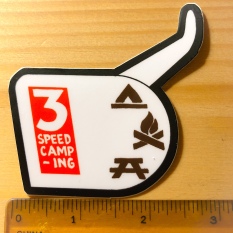 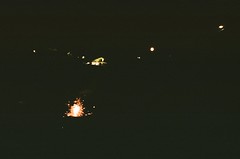 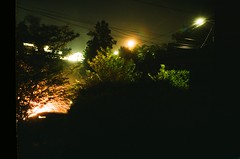 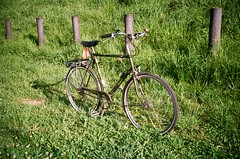