What a weekend! It was what I needed after a week of rain and lots of work. As Mr. Rhodes has noted, despite a forecast that didn’t seem that promising, we got two days of mostly decent weather (at least during the day, it rained pretty hard later on Saturday night.) After a pretty wet January (making up for a drier than average November and December, I suppose), we hit 58F/15C on Saturday. Spring weather! Beats what they’ve been having out in the Midwest, I guess.

Saturday was the Three Speed Pub Crawl. Despite having about 10 folks sign up, 6 (including myself) actually showed. A few couldn’t make it due to sickness or schedule issues, a couple (whom I didn’t know) just simply no-showed. Oh well. We had fun.

We started at Scotch Lodge, a whiskey bar in the basement of the former La Luna/Pine Street Theater, a storied venue. Kurt played there (though he met Courtney at the long-gone Satirycon), and The Replacements performed a notorious set here in 1987, inspiring the song “Portland”. (Plus, they had “We’re Sorry Portland” etched in the run-out groove of their 1989 album Don’t Tell a Soul.) There would be no throwing couches out of second-floor windows tonight, though. We just enjoyed some whisky, beer, and each other’s company.

Second stop of the crawl was the Rose and Thistle Pub on NE Broadway. I had said earlier that the vague theme of the crawl was both Scottish and Lunar New Year. Stop number One hit up the first part, this stop hit up both. Y’see, Rose and Thistle is a Scottish (not English, not Irish) Pub, noted by the Scottish Flag on the door and Scotch Eggs on the menu. As for Lunar New Year, what year is it? It’s the Year of the Rat. And what’s the bar’s initials? 😉 (Don’t think I’m super-clever, there was a small Lunar New Year Party going on when we got there!)

Finally, we ended with the Barelic Brewing “Barley Pod” on NE 60th and Halsey. Barelic isn’t Scottish, though it is an Old English term meaning “of barley”. We had a refreshing beverage, and took off before the rains came. 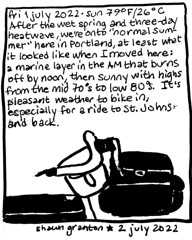 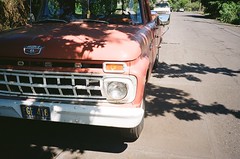 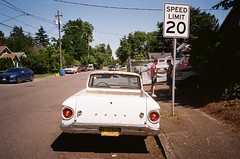