What a funny course this year’s April challenge ran: Initially I had cancelled the regular one, since I didn’t want to deal with the back-end work. Then pandemic hit, and I felt that we needed something. So, I hastily threw together a photo-only challenge at the last minute.

And looking back, I can say it was a minor success! We had over a dozen people participate. (I don’t know the exact number off-hand, since there was no registration.) It was a lot of fun seeing what folks came up with.

And now I’m thinking that a photo-only challenge in April may just be what Society of Three Speeds needs. For me, I can only handle one full-on challenge a year. Maintaining something like Three Speed October is a bit of work, with registration, maintenance, prize pack making, etc. I’ll still keep Three Speed October the way it is, but have April will be different.

I plan on next year’s April challenge to be a bit more formal. I whipped up this year’s at the last minute, now I have a year to think about Adventure April 2021. What this should mean is that I should announce the weekly themes further in advance. This will give people more of an opportunity to get photos ready. I may decrease the amount of entries per week (say, three) with the last week having more. And there could be a prize pack! And I’ll still keep it to the same “no registration” format as this year–I don’t want to deal with Google forms/sheets and the like.

So, do you have any opinions or suggestions? Did you participate in the 2020 challenge, or maybe you didn’t? I’d love to hear your thoughts! 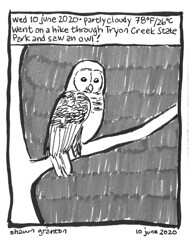 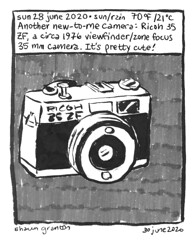 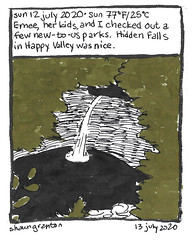