Hello, friends of three speeds! I am a bit late with this post, as I was out of town for a week and distracted. Thankfully even without the week’s prompt reminder, a few of you have already shared photos! Yay!

This week, Sunday March 27 through Saturday April 2, the theme is You and your Three Speed. Two things need to be visible in your photo:

For example, see the photo above of me from last month as an example. Or this example below of Our Man On Sauvie Island, Michael, with his new-to-him 1966 Sears three speed (made by Puch in Austria.)

Further afield, Adam in Tokyo shares this post below. He got in the first pic of the challenge since he’s far ahead of us in time zones.

Are you camera shy? Remember, you do need to be in the photo somehow. But you can be creative. Just check out Wilson from The Nutmeg State’s submission:

Oh yeah, before you submit, check out the full rules here. Make sure you tag your photos on the medias (Instagram, flickr, tumblr) with #3spdapr22 and “ping” me. I’ll share what I can!

2 thoughts on “Three Speed April 2022 Challenge, Week One: You and your three speed” 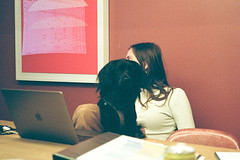 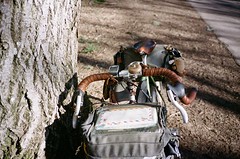 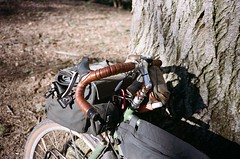