Hello friends of three speeds! It is still true what I’ve said since 2013: Once a member, always a member of Society of Three Speeds.

But for those of you who purchased a membership around this time last year, one thing is going to expire: the bonuses. This means you won’t get any of the postcards I send through the year (four to six) or any other cool extras I may apply.

So now is a good time to “renew” your membership. For $15 plus shipping/handling, you’ll still another full year of postcards, plus any extras! All you need to be is an existing member of Society of Three Speeds. You can do that here. But if you don’t, no more postcards!

Psst! Are you a pre-2018 member, and want to get the cool new patch, buttons, and stickers you see above? Consider buying the Deluxe Membership for $30 (plus shipping/handling). You’ll get all that stuff I mention, plus you’ll get a year of postcards bundled in!

Hello, friends of Three Speeds! It’s been just about a year since the “relaunch” of Society of Three Speeds memberships. Quite a few of you have purchased these kits and have received the patch, stickers, and buttons. Included in the initial offerings was an automatic Postcard Club membership, where you’d get 4-6 event postcards mailed to you over the course of the year. (You can still get that when you purchase a Deluxe membership.) Now that year is almost up, so it’s time for a refresher.

You can now purchase a “Renewal” of the membership kit! What you’ll get is:

Hello, friends of Three Speeds! I just got in some new stickers for the Society.

First up is the large version of the Society of Three Speeds logo. This one has a three inch diameter (vs. the 1 1/2 inch of the regular one). Like the smaller stickers, this one is weather resistant. If you are a member, you can purchase one for $2 (plus shipping/fees), while supplies last. Not a member? It’s included in the Deluxe membership kit.

And I also made some of these nifty Three Speed Camping stickers! If you’ve been around here long enough you know I’m a big proponent of camping trips via three speeds. This three inch, weather-resistant sticker is here to celebrate that. Have you been on a three speed camping trip? If you have, you can grab one of these stickers for $2 (plus shipping/fees.) Haven’t been on a Three Speed Camping Trip yet? You can still get one, if you intend to go on one in the near future (let’s say by the end of 2020). I should be making some patches of this at some point, too! But if you buy one of these stickers, be prepared to tell me about your past and/or upcoming three speed camping trip!

I’ve been doing this Society of Three Speeds for over seven years. (I’ve been leading Three Speed Rides for nine!) During these seven years, over 220 fine folks have joined the Society. (Thank you, everyone!) I had figured that, by now, people would figure out who this “club” is for. But maybe I haven’t spelled it out enough?

Case in point: I recently got a letter from someone who found out about the Society. After letting me know that they liked three speeds yet disliked organized rides,* they concluded the letter with a point-blank question: “Why should I join your organization?”

I had never had anyone ask me this. Up until now, no one had asked me to “sell” SoTS to them (at least, not in that manner.) Instead, what I usually get is someone who tells me that they’d like to join the Society, but doesn’t live in Portland and therefore is disqualified from membership.** So then I have to tell them that yes, they can join, since this is an International organization. People join from all over the world, many (if not most) have not (and may never) set foot in the Pacific Northwest.

So this got me thinking: Who is this “club” for? And I came up with three (of course!) easily digestible reasons:

Hopefully that answers the question. Yes, the rides and challenges are cool. But ultimately, it’s all about a love of the three speed bicycle. So, do you like three speeds? Don’t delay, join today!

*But curiously this same person asked if there were any organized three speed rides in their area.

**This, of course, is immaterial. You do not have to be a member to participate on my rides. I have never “closed off” the rides to members only. I’d guess about 50% of people who show up to my rides are members.

***Both of whom (Tarik and Brad) are members of Society of Three Speeds.

And feel free to check out other great items in my store. While I don’t have any other sales running right now, you still get some great deals if you buy the multi-packs of items. My Comix/Zine six pack is just $15 plus shipping. If you bought each thing individually, you’d pay $20!

Plus, I am still very much available for art-for-hire commissions. Get in touch.

Any little bit helps. Thanks a bunch, folks!

Hello, friends of Three Speeds! Thank you for the strong show of support for the revamped Society of Three Speeds membership kits! Since I started the pre-order last fall, I’ve sold about seventy of these kits. After having them out for about a half-year, I’ve got some thoughts about moving forward.

I’ve come to realize that I may have priced the kit a bit too generously, and for most folks (especially if they live outside of Portland), the year of automatic Postcard Club membership added to the SoTS kit may be unnecessary. Plus, the cost of international postage for each postcard in Postcard Club (currently $1.15) means that shipping costs to anyone outside of the US is pretty high. I have seen scant orders come in from outside the US, probably because of the shipping price.

So I’ve decided to offer two levels of the membership kit: Basic and Deluxe. The biggest difference for now is that the Deluxe will have Postcard Club packaged in, the Basic won’t. I may have some other goodies to offer in the Deluxe kit at some point.

All memberships will still offer:

The changeover for the different memberships will be on Monday June 3rd. Starting then, the Basic kit will be $20 plus shipping, the Deluxe $25 plus shipping. Please note that you’ll see a lower shipping price for the Basic kit to reflect the lack of Postcard Club. Though it still won’t be cheap for International members. That’s because all my packages have to go First Class Package rate, which is abnormally steep for International shipments.

Until June 3, all memberships will be $20 plus shipping, and include Postcard Club. So now is a good time to get in buying a membership if you want Postcard Club included! Purchase a kit here. 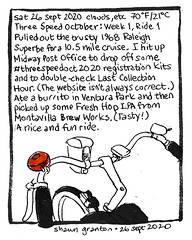 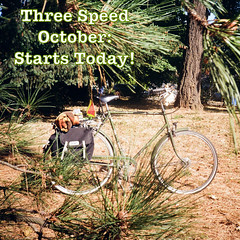 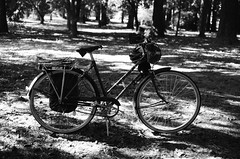